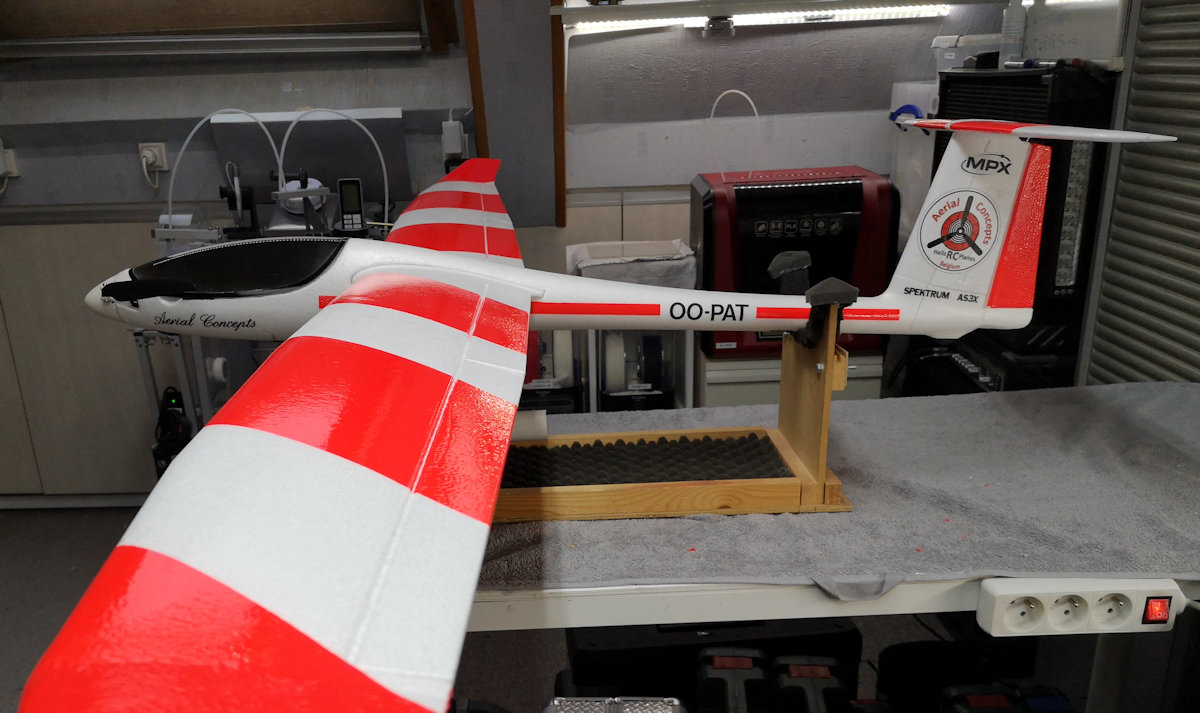 Used Oracover ironing film on top of the foam to change the look of this model. Improved the smoothness of the wing edges and surfaces. Installed a Spektrum 9 Ch with AS3X gyro technology RX (3-gyro rate mode implemented) and voltage telemetry with voice alarm on the TX. Modified the canopy to contain the Spektrum Telemetry Vario and Altitude meter (voice and sound status in TX), Airspeed meter, Battery Voltage, Receiver Voltage, and Antenna performance (A, B, L, Lost frames, and Holds) for data logging in the TX.  Configured 5 flight modes and 3 extra switchable mixes (Due to the software limitations of the AS3X receiver I had to use the Flaperon setting in the Receiver and 10 extra mixes in de Transmitter). A Take Off Mode (elevator a bit up), a Landing Mode (split throttle >50% a motor curve with Elevator compensation, <50% a Crow -Butterfly- setup with Elevator compensation), a Cruise Mode (with main trim settings) a Thermal Mode (the 4 flap surfaces a bit down -camber- and a relative Elevation trim), a Speed Mode (the 4 wing Surfaces a bit up -Reflex- and relative Elevation trim) and extra mixes for Full Span Ailerons (Aileron to flap mix), an Aileron to Rudder mix for more turn Coordination (easy to overrule manually) and Snap Flaps (some Elevator to Flap mix in Thermal mode).

See also the screenshots of the AS3X receiver setup and photos of the DX9 transmitter setup with 10 mixes at the bottom of this pages in Photos. 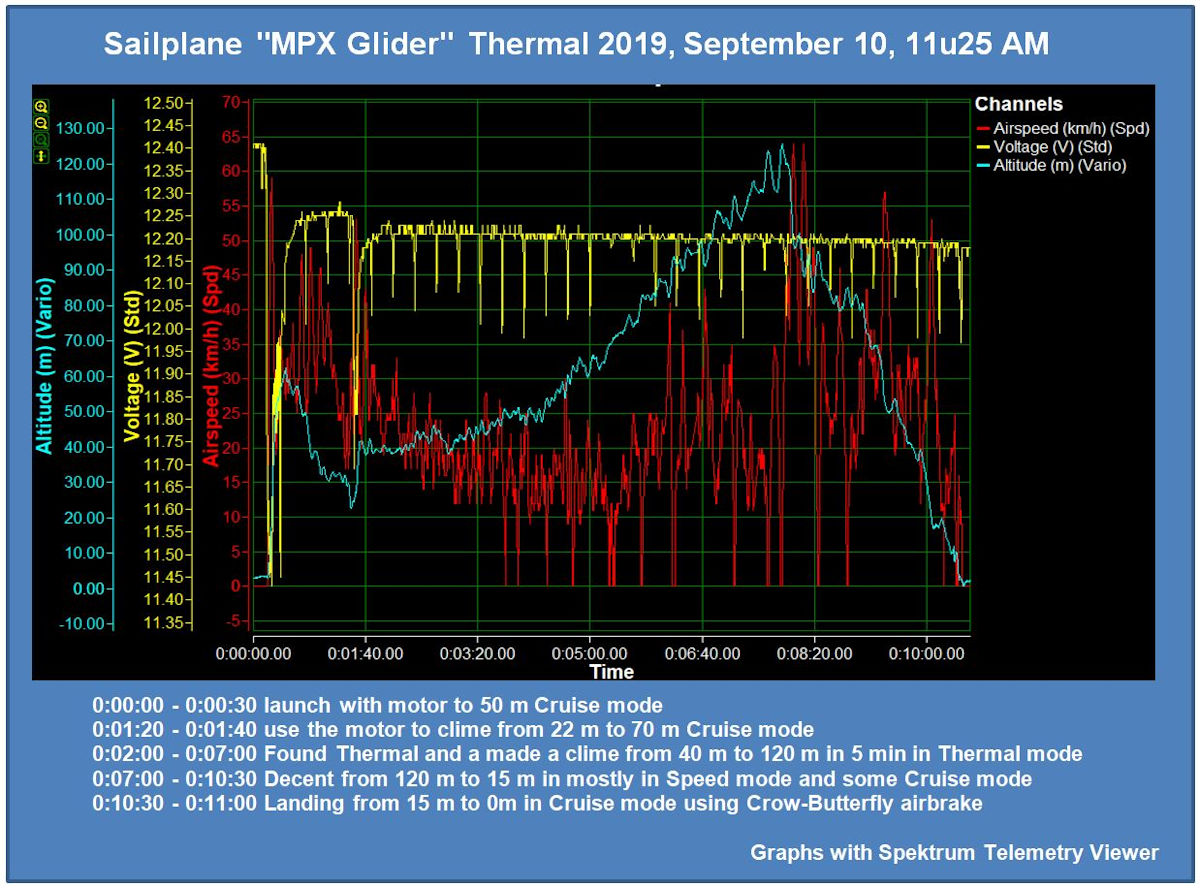 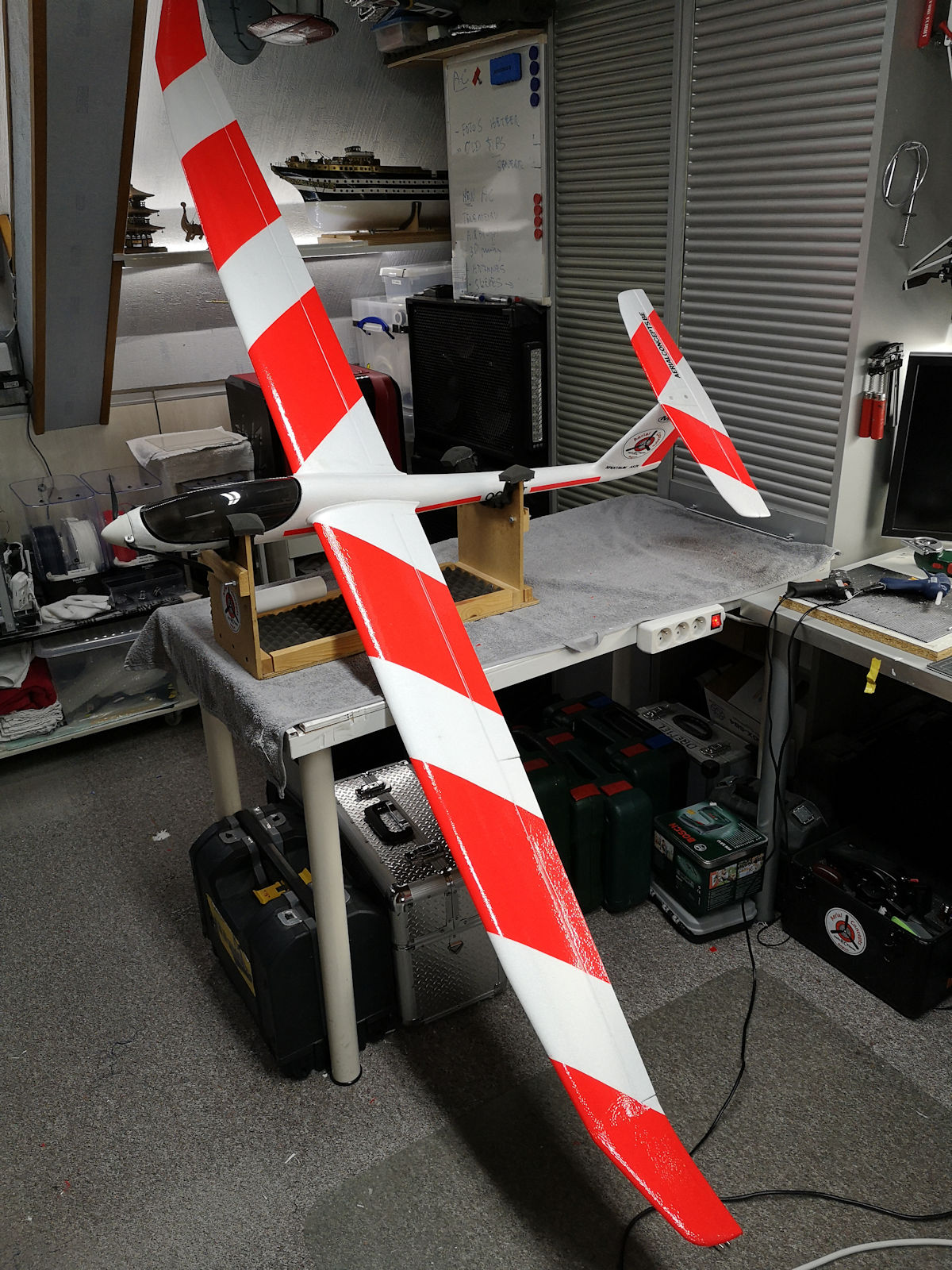